Black Friday and Cyber Monday are almost upon us, and this year, more than ever, it’s essential that users know how to be safe when shopping online. We will highlight the most common Black Friday/Cyber Monday scams and give tips on how to avoid becoming a victim of a scam. 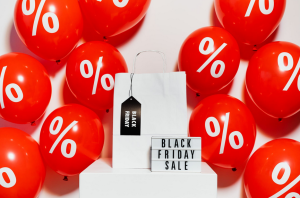 There’s only a few days left before the madness of Black Friday and Cyber Monday, and it’s time to revisit the topic of how to stay safe when shopping online. And this year, this is more important than ever. The COVID-19 pandemic has changed everything this year, and Black Friday/Cyber Money are no different. This year, the majority of the world will be hunting huge discounts on the Internet rather than trying to survive the influx of people in physical stores. Unfortunately, with so many people doing their shopping online, it’s a breeding ground for cyber crime. There is no better time for malicious actors to try and deceive users into buying nonexistent items, revealing their personal information and installing malware. Fortunately, if users take the time to familiarize themselves with the most common Black Friday/Cyber Monday scams, they should be able to recognize them if they ever encounter one.

During Black Friday and the whole of holiday season, users may get emails from various companies informing them of various discounts and deals. Generally, the emails should only come from companies’ whose services or products users have used, but the occasional unsolicited offer may come through as well. Scammers take advantage of this by bombarding users with fake promotion emails inviting users to click on phishing or potentially malicious links/attachments. Furthermore, these emails may also contain links to fake stores in which users would not only be tricked into purchasing nonexistent items but also into providing their payment information.

Fake deals on social media are not new but they become particularly common during Black Friday and the holiday season. In flashy, often promoted posts, scammers promote brand items with huge discounts. Normally, posts on social media offering big discounts are quite suspicious and often are a sign of a scam but that does not apply during Black Friday when such deals are normal.

Users could be led to fake online stores where they would pay for nonexistent items. Scammers also impersonate legitimate brands and their posts on social media contain links to fake online stores that are made to resemble the brand they’re impersonating. Social media sites are not always able to keep up with scam posts so a couple of them may slip past and appear on users’ feeds.

Fake Black Friday giveaways are also very common, though they do not differ much from the regular ones. They claim that users have been chosen to win a prize, and all they need to do is provide their personal information in order to receive it. These fake giveaway are essentially harvesting users’ personal information as they ask for full name, home address, email address, phone number, etc. If users do provide it, they can expect to encounter more scams, only they may be more personalized and convincing.

Users should keep in mind that companies like Amazon, eBay, Facebook, Google, etc., do not host giveaways by showing random pop-ups or by sending unsolicited text messages. In the unlikely case that they were to do an actual giveaway, it would be announced on their official websites or social media channels, not random posts or messages.

How not to become a victim of a Black Friday scam

The easiest way to avoid scams is to stick to known online stores. This way, users will be sure that they will actually receive the items they order and that their payment information will not be stolen.

When visiting known online stores, especially when entering them by clicking on links in emails and posts, it’s very important to check that the URL is correct. Scammers will create very convincing sites imitating legitimate online stores, and the easiest way to tell would be to check the URL. For example, if users are visiting a fake adidas.com website, the site itself may look identical to the legitimate one but the URL would not be adidas.com.

Users should keep in mind that the majority of giveaways are scams, especially when they appear in pop-up form or as ads. If a legitimate giveaway was to be announced, it would be done via official channels, such as social media accounts. These fake giveaways are just means to obtain users personal information for future scams. Thus, users should never engage in any of the “You have won” or “You have a chance of winning” ads. Furthermore, users should be very skeptical if they are asked to provide an unusual amount of personal information.

Whether users stumble upon an unfamiliar online store via Google, social media post or email, they should always do at least minimal research to determine whether the store is actually legitimate and not a scam. This can be done by simply googling (or using any other trustworthy search engine) the store. Users should check who the store belongs to, read customer reviews (users should be skeptical if only 5-star reviews exist), check the site’s details (such as creation date), and see if it has social media accounts. If there is anything suspicious, users should avoid using the online store.