Mobile malware, as is probably obvious, is malicious software that affects mobile devices. It is something that most people do not worry about but should. Here’s everything you need to know about mobile viruses and 9 tips to prevent them. 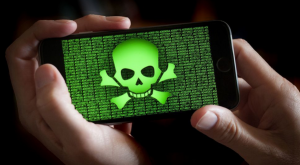 Living without a smartphone is unimaginable for a lot of people in today’s modern society. Most people have smartphones, tablets, e-book readers, etc. These devices have the same functionality as conventional computers, and therefore have similar security issues that lead to data loss or breach.

Security experts around the world predict that the amount of malware for mobile devices will grow as the number of smartphones has already reached such a scale that it is useful for criminals to distribute malicious software not only to computers but also to smart devices.

Malicious software for smart phones is many and varied. Some of them come attached to apps, while others spread by themselves. Compared to before, malicious software can now do more harm because mobile devices store more and more important information, the loss of which can cause significant problems.

How to identify malware/viruses

In order to protect your mobile device, you need to carefully choose apps you want to install. The biggest risk of getting your smartphone infected is when you download and install apps from third-party app stores. They are usually not managed by reliable companies.

Apps installed on a smartphone require certain permissions, such as access to photos, messages, read and modify certain data, etc. Before installing apps, it’s recommended to review those permissions and question whether they are actually necessary for the app to function. If a game apps requires access to your contacts, photos, etc., that should be suspicious. By not installing dubious apps that require dubious permissions, you’re avoiding a lot of malware.

Signs that malicious software may be running on your mobile device

A mobile device is like a gateway to your personal data, and malware is designed to break into your email, e-banking accounts and apps. And the more time the virus spends on the device, the more data it can steal.

Because mobile malware works in the background and does not inform the user about its functioning, here are some signs that can indicate its existence:

How to prevent mobile malware

It is important to realize that mobile devices equate to computers, so similar principles of information security are also valid for mobile devices. Here are 9 tips to ensure your mobile device security: