Apple’s upcoming iOS 14 release will give users the option to opt out of ad tracking in a bid to give users more control over how their data is handled. 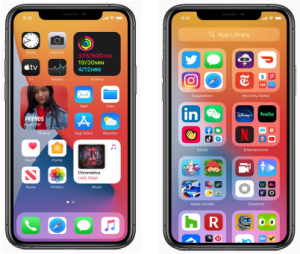 Apple’s biggest profit comes from selling hardware, not monetizing users’ activities, so it is not surprising that the iOS gets increasingly more privacy oriented with every big release. In fact, the tech giant has been quite critical of companies like Facebook and Google tracking users to such a large extent.

“They’re gobbling up everything they can learn about you and trying to monetize it. We think that’s wrong. And it’s not the kind of company that Apple wants to be,” Apple’s CEO Tim Cook said in 2015, referring to the company’s Silicone Valley rivals.

Tracking and data collection by companies like Google and Facebook has been making users uneasy for a long time now, particularly after scandals like Cambridge Analytica, in which a company was able to harvest information of 87 million Facebook users without their permission. Which is why Apple’s upcoming iOS release will be very welcome by many users.

During Apple’s big event on Monday 22 June, the company announced iOS 14, expected to be released later this year. Along with a lot of new features and way to customize smartphones, the upcoming iOS 14 will also introduce privacy features, such as allowing users to opt out of being tracked by apps across other apps and websites.

Starting with iOS 14, iPadOS 14 and tvOS 14, app developers will need to explicitly ask users to permit tracking across apps and websites. According to Apple, tracking refers to “the act of linking user or device data collected from your app with user or device data collected from other companies’ apps, websites, or offline properties for targeted advertising or advertising measurement purposes”. That also includes sharing user data with data brokers.

Users will start getting pop-up notifications whenever an app intends to track them across apps and websites not owned by it. The pop-up will give users the choice to either “Allow Tracking” or “Ask App Not to Track”. While the wording “Ask App Not to Track” may imply that app developers can decline the request not to track, they will actually be forced to comply. Opting for this means users will not be tracked across other apps/websites and will not be seeing targeted advertisements. 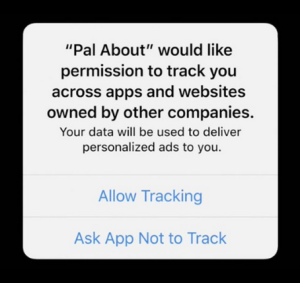 Targeted ads make a lot of money for the ad industry, so Apple allowing users to opt out of being tracked is bound to cause a stir. After all, not many users will agree to having their data collected if they have a choice.

Other privacy features will also be introduced in iOS 14

In addition to allowing users to prevent tracking, Apple will also force developers to clearly display the permissions their apps require in the Apple App store. 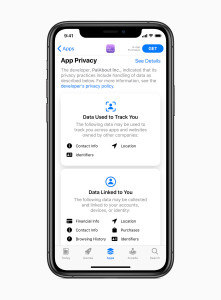 Users will also have the option to share only their approximate location with apps, instead of their precise location. This will allow users to use apps like the ones showing the weather without revealing their exact location. Furthermore, iOS 14 will display an indicator that will alert the user when an app is using the camera or the microphone. Whenever an app uses either the camera or the microphone, an indicator will appear at the top bar of the iPhone’s display.