The fake pornographic virus alert from Microsoft is making its rounds again and trying to scam people. It tries to trick people into calling a certain phone number, which would lead to them being scammed out of hundreds of dollars. 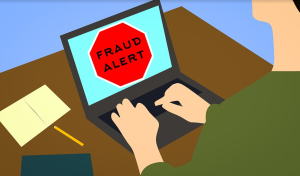 Tech-support scams have been around for years, and they still remain prevalent to this day. Generally, scams that request users to call someone pretending to be legitimate tech-support are classified as tech-support scams. They are relatively common, and most users will encounter them when browsing the Internet. Some are more convincing than others but they’re all pretty obvious if you know what to look for.

One particular tech-support scam is scaring users with messages about pornography viewing and viruses obtained because of it. It is referred to as pornographic virus alert from Microsoft and claims that because users visited websites hosting pornographic content, their computers are infected with viruses. According to the alert users are displayed, they only way to solve the issue is to call the provided number. However, when someone does call, scammers pretend to fix the computer for $200. It’s essentially money wasted as there is no actual infection on the computer.

Users might get the fake pornographic virus alert from Microsoft when visiting adult entertainment websites, which would make the alert seem more convincing. The fake pornographic virus alert from Microsoft claims that the computer has been locked because the user has been visiting pornography websites, which resulted in a computer infection. To get rid of the infection, the user is encouraged to call the provided tech-support number. The alert also says that if the call is not made, a notice would be sent to the user’s residence. This is again untrue.

The way these scams work is scammers have a certain script they follow and when someone calls, they interact with them using those scripts. They asks questions that legitimate tech-support would ask, pretend to identify the issue and request remote access to the device. If remote access is granted, scammers usually open Command Prompt, type in the name of the virus that’s supposedly on the computer, and present that as evidence that there’s an infection. Tech-support scams target people who have little knowledge about computers and how viruses work. During the call, they use a lot of tech language to confuse the user but most of the things they say simply do not make any sense if you know anything about computers, viruses, and how they work.

Generally, tech-support scam alerts appear when users visit high-risk websites, such as gambling, adult entertainment or free streaming pages. If they are persistent and appear even when on perfectly safe websites, there is a high chance adware is showing those alerts. If that is the case, the adware needs to be removed for the alerts to stop.

To deal with the pornographic virus alert from Microsoft scam it is enough to just close the window. If it freezes the screen, simply restart your computer. Adblocker should be able to block the majority of these tech-support scam alerts. And to make sure there is no malware on the computer, it should be monitored by anti-malware software at all times.

Signs of a tech-support scam

Tech-support scams are usually pretty obvious. In general, none of the alerts about viruses you get in your browser will ever be legitimate. It’s safe to assume they’re all scams simply because Microsoft does not warn users about malware. The company does not make unsolicited contact with its users, nor does it request users to call its tech-support by showing an alert. In short, if there is a phone number in an alert, it’s a scam.