Conficker, also known as Downadup, is a computer worm that targets the Microsoft Windows operating system. Since its discovery in November 2008, it has infected millions of computers, forming a botnet. The worm uses the Windows vulnerability “MS08-067”, but it has been patched more than 10 years ago. Unfortunately, there still are plenty of computers that do not have the patch installed. 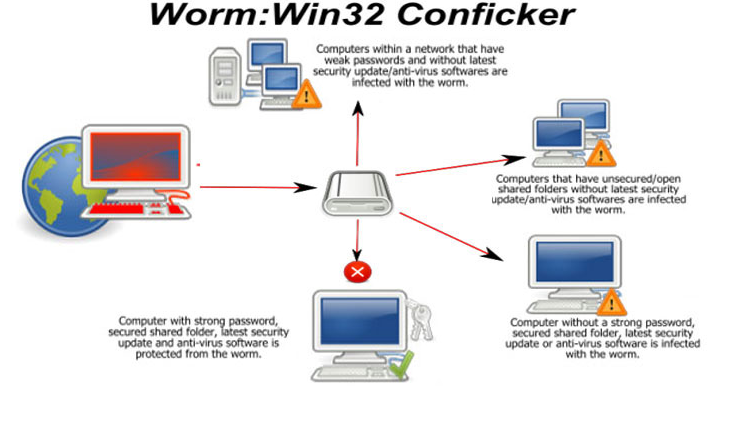 The worm can deactivate certain services in order to prevent detection/removal. Services like Windows Defender and Windows Update will be deactivated. It may also plant additional files onto your system, as well as prevent you from visiting certain websites. Conficker worms infect PCs across a network by exploiting a vulnerability in a Windows system file. This vulnerability is described and fixed in Security Bulletin MS08-067.