Cvc ransomware is file-encrypting malware, part of the Dharma ransomware family. It’s a typical ransomware that encrypts files and later demands that users pay for their decryption. Adds .[patrik008@tutanota.com].cvc file extension, and drops FILES ENCRYPTED.txt ransom note, as well as shows a pop-up one. 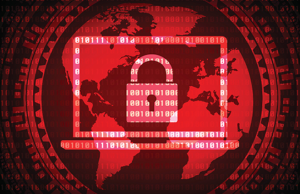 Cvc ransomware is malware that encrypts files. It belongs to the Dharma malware family, which has released versions like ZIN, World, SWP, Dex, MUST, and RXD. It infects computers via the usual methods, encrypts files and then demands that users pay a ransom in order to get a decryptor. It’s a pretty typical ransomware infection and does not do anything out of the ordinary. Users will be able to differentiate it by the .[patrik008@tutanota.com].cvc file extension that’s been added to encrypted files. The only way users will be able to open the files is if they first decrypt them. Unfortunately, the cyber criminals behind this ransomware are currently the only ones with the decryptor. They will try to sell it to victims, though the price is not mentioned. However, we must warn users that paying the ransom does not always lead to the desired outcome. Whether the cyber crooks send the decryptor once users pay is up to them, though they are unlikely to feel obligated to do anything. Countless users in the past have been left with encrypted files and lost money, so users should be aware that paying is risky.

If users have backup, they can easily recover files. However, they need to first delete Cvc ransomware from the computer. Otherwise, backed up files will become encrypted. For users who don’t have backup and no other way to recover files, backing up the encrypted files is recommended. It’s possible malware researchers will release a free decryptor sometime in the future so while not immediately, users may be able to recover their files eventually.

We should also warn users that there may be fake decryptors offered on various questionable sites and forums. They would more than likely be malicious and cause further damage to the computer. Legitimate decryptors would be posted on NoMoreRansom, by Emsisoft and other anti-virus vendors, as well as malware researchers.

How does ransomware enter a computer?

If users find ransomware on their computers, it’s usually because they have bad browsing habits, including opening unsolicited email attachments, pirating content via torrents, clicking on ads while on high-risk websites and not installing critical security updates. If users develop at least slightly better habits, they may be able to avoid a lot of malware infections.

One of the most common ways regular users pick up ransomware is by opening unsolicited email attachments without checking that they are not malicious. Malicious actors sending malspam usually use email addresses bought from hacker forums, where the data ended up on after being leaked by some service. The malspam is usually obvious however, as long as users know what to look for. The most common signs include a random-looking sender’s email address, loads of grammar and spelling mistakes, and high pressure to open the email attachment. If users do not pay close attention, they may read the email without noticing anything suspicious and open the file attached to the email, initiating the ransomware. If users do not feel confident they can identify malspam emails, they should scan all unsolicited email attachments with anti-virus software or VirusTotal before opening them.

Another easy way to infect a computer with ransomware or any other malware for that matter is by pirating copyrighted content via torrents. Because torrent sites are very badly regulated, it’s very common for malware to be injected into torrents, especially for popular content. For example, when highly popular TV series Game of Thrones was airing, episode torrents often contained some kind of malware. Because it’s both stealing content and dangerous for the computer/data, users are highly discouraged from using torrents to pirate, or pirating in general.

Installing important security updates is also essential. Malware can use vulnerabilities to get into a computer, and known vulnerabilities are patched with updates, which is why users need to install them. It’s highly recommended to turn on automatic updates.

What does ransomware do?

The main purpose of ransomware is to encrypt files and get money by selling users decryptors. Therefore, files will be encrypted immediately after ransomware is initiated. Users will be able to tell which files exactly have been affected by the file extension added to them. All ransomware have different extensions and they are how users can identify which ransomware they are dealing with. This particular ransomware adds .uniqueID.[patrik008@tutanota.com].cvc. For example, image.jpg would become image.jpg.uniqueID.[patrik008@tutanota.com].cvc. A pop-up ransom note will be appear, and a FILES ENCRYPTED.txt will also be dropped, and users will find instructions on how to start the file recovery process in them. The ransom sum requested by this ransomware is not mentioned in the ransom notes, but we do not recommend paying because it will not necessarily lead to file decryption. Users should keep in mind that they are dealing with cyber criminals and they will not necessarily feel obligated to help users. Thus, users should consider all the risks before making the decision to pay. We should also mentioned that paying only encourages malicious actors to continue as ransomware becomes profitable for them. The reality is that as long as users continue to pay, ransomware will continue to be an issue.

Unfortunately, until a free decryptor becomes available, only users who have backup can recover files for free. However, users should take care to ensure that the ransomware is fully gone before accessing backup because backed up files may become encrypted otherwise.

Here is the ransom note dropped by this ransomware:

YOUR FILES ARE ENCRYPTED
Don’t worry,you can return all your files!
If you want to restore them, follow this link:email patrik008@tutanota.com YOUR ID –
If you have not been answered via the link within 12 hours, write to us by e-mail:bank008800@cock.li
Attention!
Do not rename encrypted files.
Do not try to decrypt your data using third party software, it may cause permanent data loss.
Decryption of your files with the help of third parties may cause increased price (they add their fee to our) or you can become a victim of a scam.

Because ransomware is a complex malware infection, it’s highly recommended to use anti-malware software to remove Cvc ransomware. If users attempt to manually get rid of it, they may end up causing even more damage. Once the ransomware is no longer present, users can connect to their backup and start file recovery. Unfortunately for those who do not have backup, removing the ransomware does not decrypt files.