It is no secret that Facebook tracks everything you do, from what sites you visit and what you buy to what porn you watch. That is why you may see a Facebook ad from a store you just used to purchase something. Facebook tracks you via Login with Facebook, the Like button, Facebook comments, and Facebook Pixel, which is embedded in most websites. Websites share data with Facebook in order to identify their visitors and tailor ads based on what they browse. Even if you do not have a Facebook account, the social media giant still has a profile on you. The extent of tracking Facebook does is alarming enough, the fact that it has exposed user data numerous times is even worse.

When Cambridge Analytica and the following data scandals happened, Facebook promised a “Clear History” tool as damage control. Back then, the company pledged to give users more control over their data and the ability to delete browsing records related to non-Facebook platforms. Essentially, users were promised an option that would stop Facebook from tracking everything they do on the Internet and later using that info for targeted advertisements. More than a year later, Facebook announced a feature called “Off-Facebook Activity”.

By using the new Off-Facebook Activity feature, users will be able to check what data about them other sites have shared with Facebook, as well as disconnect that data from their Facebook accounts. Users will also have the option of opting out of future off-Facebook activity tracking. 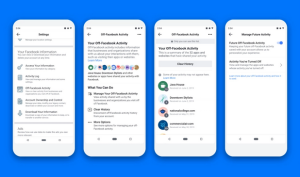 Users who disable tracking will no longer see advertisements tailored to them based on their browsing data. Besides Facebook, this also applies to Messenger and Instagram. However, they will still see the same amount of ads, they just won’t be based on users’ activities.

“We expect this could have some impact on our business, but we believe giving people control over their data is more important,” Erin Egan, Facebook’s Chief Privacy Officer, said in a blog post.

However, while the tool will be helpful, there is one thing we should mention. Even when you clear all the information from your account, Facebook won’t delete it.

When Facebook promised this feature last year, they called it “Clear History” which implies that collected data would be deleted. However, that is not the case with Off-Facebook Activity. The data collected about users will not be deleted after it is disconnected from accounts. Facebook will still have it, it just will not be associated with specific profiles. The activity will be anonymized and still appear in aggregated audience shown to developers that use Facebook’s analytics tools.

It should also noted that even if you disable future off-Facebook tracking, Facebook will still connect your off-Facebook activity with your profile for 48 hours. At the bottom of Facebook’s post about the feature in the Help Center (linked above), it clearly says that “your future off-Facebook activity will be disconnected within 48 hours from when it’s received. During this time it may be used for measurement purposes and to make improvements to our ads systems”.

While the feature isn’t exactly what was promised, it’s still a step in the right direction.