The Federal Bureau of Investigations has warned about the danger of online romance scams, as losses associated with romance scams exceeded $475 million in 2019 in the US. 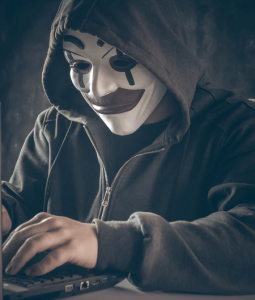 Romance scams, also known as confidence fraud, are a type of scams that target vulnerable single adults, usually over the age of 55. Scammers look for victims on dating sites/apps, social media, etc., and engage with them long enough to form a relationship with the victim. Slowly, they start asking for personal information, and eventually for money.

Some people may not take romance scams seriously because they do not believe anyone would fall for them. However, according to the FBI, online romance scams have earned scammers over $475 million in 2019 alone. FBI’s Internet Crime Complaint Center (IC3) received almost 20,000 complaints in 2019 that fall into the romance scams categories.

The reality is that online romance scams cause more financial damage than the majority of other scams. And it’s not just financial damage. In many cases, vulnerable victims are deceived for months, leaving them with long-term psychological and emotional scars.

Scammers invest months into romance scams, though they usually engage with multiple victims at the same time. Scammers create extensive profiles, covering every aspect of their background. They have an online presence, social media profiles, everything to prove that they are an actual person. They make the victim trust them by showering them with affection, constantly engaging with them over texts and emails, making them believe that they are forming an actual relationship. Over time, victims start lowering their guards, start trusting more and eventually stop noticing all the red flags that may be obvious to someone outside the situation.

Romance scammers usually come up with scenarios why they would need money urgently. For example, the military romance scam. A scammer may pretend to be a solder serving in the Middle East region. This kind of scenario would explain why they cannot meet the victim or even video call. Eventually, out of the blue, scammers would message the victim saying something has happened and they need to return home or leave the country, and ask for money for a flight because they supposedly cannot access their own funds. Since victims would have grown to genuinely care about them by then, they would start giving them money. It may be small sums at first, gradually getting bigger and bigger, until victims end up sending tens of thousands of dollars.

By the time victims realize what’s going on, it’s often already too late. There are cases where victims end up giving away their life savings to these scammers, with no hope of getting it back. Tracking these scammers often proves to be nearly impossible, and not all victims report these crimes in fear of being ridiculed and victim-blamed.

With 20,000 reported romance scams in the US in just 2019, it’s clearly a very significant problem. The FBI is trying to raise awareness about these romance scams in an attempt to prevent future victims and encourage past ones to report the crime.

“The consequences of these scams are often financially and emotionally devastating to victims; they rarely get their money back and may not have the ability to recover from the financial loss,” FBI’s issued warning states.

Romance scammers are expert manipulators, and there are a few things you need to consider if you have developed a relationship with someone online. The FBI suggests considering the following: