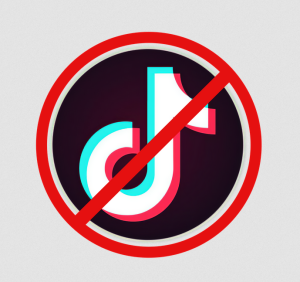 Late last month, India announced its intention to ban the popular Chinese video-sharing app TikTok, along with 58 other Chinese apps. Days after announcing the ban, the app was no longer available for users in India. The ban has been put in place because the app’s data collection practices, mining and profiling are deemed unacceptable by the Indian government. With high tensions between China and India over deadly clashes at the border, the ban is not completely unexpected.

What is also not entirely unexpected is the US’s intention to follow India’s example. The US has long since been critical of Chinese companies collecting data on its citizens, and has gone as far as to ban Huawei products from being used by the US federal government, citing security concerns.

US Secretary of State Mike Pompeo said on Monday night that the US government is considering banning TikTok. When asked whether he recommends downloading the viral app, he said only to those who want their “private information in the hands of the Chinese Communist Party”.

“I don’t want to get out in front of the president, but it’s something we’re looking at,” Pompeo said when asked if he would ban TikTok and other Chinese apps.

TikTok has become a viral app over the last couple of years, with more than two billions downloads. However, with countries fearing that the Chinese government is using popular apps to spy on their citizens, being a Chinese company is currently a rather big obstacle. The tech-company already suffered serious losses over the ban in India. Adding US to the list of countries where TikTok would not be accessible would mean further losing hundreds of millions of users.

The company has denied any claims that it is sharing user information with the Chinese government, and is actively trying to distance itself from any associations with it.

“I can confirm that the Chinese government has never made a request to us for the TikTok data of Indian users,” TikTok’s CEO Kevin Mayer has said in a letter to the Indian goverment. He also expressed that if they did receive such a request, the company would not comply.