Google has released Google Chrome 76.0.3809.87 for Windows, Mac and Linux, and with it comes some changes.

Flash is disabled by default, sites will not be able to detect when users are using Incognito Mode, Progressive Web Apps will be easier to install, and sites will be able to change layout depending on whether you are using dark or light mode.

If the browser hasn’t updated automatically, users can update to Chrome 76 by going to Settings -> About Google Chrome. The browser will automatically look for the update and install it. For Android and iOS users, updates can be downloaded from the app stores.

Google is sticking to the plan of slowly eliminating Flash, and this release is a big step. Starting with Google Chrome 76, Flash will have to be re-enabled on every site you visit and each time you visit. Enabled Flash will no longer be a remembered setting like in the previous Chrome versions. Google is expecting to completely eliminate Flash by the end of 2020. 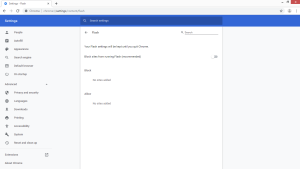 Websites will now be able to detect what layout the user is using by using CSS code. This will allow sites to switch layouts depending on what theme the users is using on their OS. If they detect that the user has dark mode enabled, the sites will switch to dark mode as well. 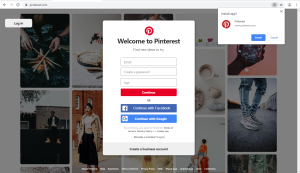 Certain shady websites would display a pop-up ad when users press the Escape key, which is both annoying and dangerous. Some malware campaigns have used this method to spread malicious software. With Chrome 76, Google has changed how the Escape key works and this should prevent shady sites from opening pop-ups.