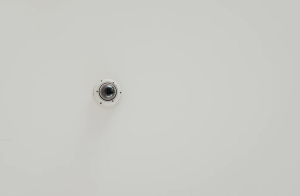 Numerous media outlets have reported that attackers were able to take over Ring cameras and talk to the homeowners. Many of these incidents, some of which involve children, have left people feeling violated in their own homes.

In one particularly disturbing incident, a malicious actor had hacked a camera in an eight-year old girl’s room and spoke to her while she was alone, prompting her to mess up her room. The person accessing the camera can be heard telling the little girl that she can do whatever she wants right now.

“I can’t even put into words how violated I feel. It really is like my worst nightmare”, the mother of the eight-year old girl told ABC news.

In another instance involving a child, a hacker talked to a young boy while he alone, and asked him whether he plays video games. The boy calmly disconnects the camera but the man is soon heard talking through another one located in a different room.

Other reported instances involve an attacker asking a woman to pay 50 Bitcoins, a family mocked using racial slurs, and a woman woken up by a voice in her bedroom telling her “I can see you in the bed. Come on, wake the [EXPLETIVE] up!”.

Understandably, these attacks have left people shaken, particularly families with young children. Victims have reportedly contacted the police and have turned to Ring for an explanation.

The company has made a statement about the incidents, denying that Ring’s systems or network have been compromised.

“You may have recently seen reports that Ring services have been compromised, and we want to inform you that we have investigated this incident and have no evidence of an unauthorized intrusion or compromise of Ring’s systems or network,” the statement reads. Instead, Ring believes that the malicious actors were able to obtain Ring users’ user names and passwords from past data breaches. The company has blocked the malicious actors from known accounts and has contacted all said account owners.

While companies have a certain responsibility to keep their users safe, users themselves also need to make sure they aren’t making it easy for hackers to take over their devices. For convenience, people tend to reuse their login credentials, which can lead to situations like this if one service is breached or leaks data. Millions of login credentials are sold on the dark net, which is why it is so important that users always use unique user names and passwords for important accounts.

Ring also advises its users to enable two-factor authentication, which would provide an extra layer of security. Whenever someone tries to log in to their Ring accounts, they would receive a code which would need to be put in to access the account. Users are also recommended to not share their login information with other people, as well as create strong, unique passwords for all accounts. This will minimize the risk of cyber crooks being able to access accounts.