A new unc0ver iPhone jailbreak has been released, and it’s said to work on all iOS devices. 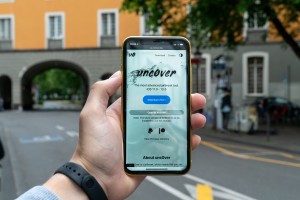 Photo by Mika Baumeister on Unsplash

Apple has always been quite strict with what users are allowed to install onto their iOS devices, claiming it’s for security reasons. Users are normally not able to install apps unapproved by Apple and are only permitted to customize their devices to a certain degree. To bypass these restrictions and be able to have more control over their devices, some users use jailbreaks. In simple terms, it is a type of software that exploits iOS vulnerabilities to give users root access, essentially full control over their devices, allowing them to download apps not from the App store, customize their devices and perform a variety of other actions.

Hackers from the unc0ver team have recently released a new iPhone jailbreak app that works on Apple devices running iOS11.0 – 13.5, the most recent iOS version released just a week ago. A jailbreak working on the majority of iPhones, especially on the newest iOS version, is rather unusual, with the last one released almost six years ago.

The hackers used a zero-day vulnerability in iOS to develop the iOS jailbreak, and not a lot of information is known about it. Apple is unaware of the vulnerability but it is only a matter of time, and the researcher who discovered it expects Apple to take a couple of weeks to identify and fix it.

“It will most likely take them at least 2 or 3 weeks to release a patch. Even when they release a patch, users can downgrade to the previous iOS version for about 2 weeks usually, and after that, the users should stay on their versions so that the jailbreak keeps working,” unc0ver’s Pwn20wnd told Motherboard.

Jailbreaking iPhones has been popular among users who want to customize their iPhones as it allows one to bypass Apple’s security protocols to install apps and software that are otherwise not authorized by Apple. However, the tech giant isn’t particularly happy with users jailbreaking their iPhones as it disregards Apple’s built-in security mechanisms, potentially allowing hackers to take advantage of it and perform malicious activities. However, the security researchers behind the jailbreak told Vice that the security mechanisms remain intact, though that is difficult to verify.