The US Department of Health and Human Services (HHS) has reportedly suffered a cyber-attack while the agency is putting all efforts into addressing the coronavirus outbreak. 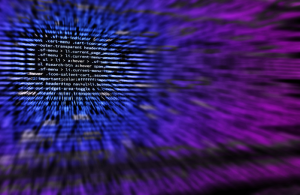 Media company Bloomberg reported that the cyber-attack took place on Sunday night and involved overloading HHS servers with millions of hits over a couple of hours. However, the cyber attack was reportedly not successful in slowing down the agency’s system in a significant way. A person familiar with the matter told Bloomberg that the attack was meant to disrupt the systems and spread disinformation in order to undermine the response to the coronavirus pandemic. HHS networks are functioning normally at this time.

“We had no penetration into our networks, we had no degradation of the functioning of our networks,” HHS Secretary Alex Azar said in a briefing in the White House on Monday.

The incident is believed to be connected to the fake text messages warning about national mandatory quarantine in the US. The messages were spread via text, email and social media. National Security Council posted a tweet denying the quarantine and claimed the rumors are fake.

“Text message rumors of a national #quarantine are FAKE. There is no national lockdown. @CDCgov has and will continue to post the latest guidance on #COVID19,” the tweet reads.

“We are aware of a cyber incident related to the Health and Human Services computer networks, and the federal government is investigating this incident thoroughly,” John Ullyot, a spokesman for the National Security Council, said in a statement. HHS and federal goverment cybersecurity specialists are monitoring the situation and taking action to secure networks. Extra precautions have also been put in place. A foreign state is suspected to have carried out the attack, but the administration is yet to confirm the suspicions or who exactly is responsible.