Dkrf ransomware is a type of malware that encrypts files. The malware comes from the infamous Djvu/STOP malware family. After files have been encrypted, you will not be able to open them without first using a decryptor. All personal files will have the .dkrf extension, which indicates an encrypted file. Unfortunately, the cybercriminals running this ransomware are the only ones who have a decryptor. They’ll try to sell it to you for $980. However, paying is very risky because it does not guarantee that a decryptor will actually be sent to you, considering that cybercriminals are notoriously unreliable. 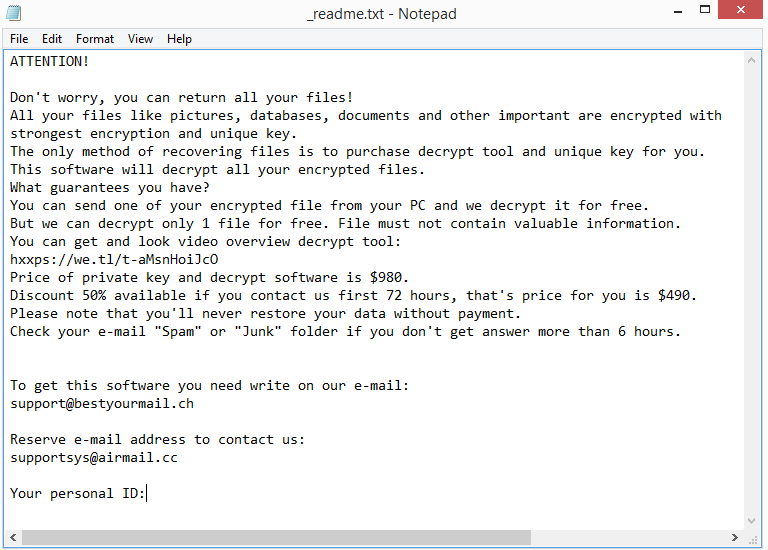 Your personal files will be encrypted as soon as you open the infected file and initiate the ransomware. Your most valuable data, including your photos, documents, videos, and other personal files, will be encrypted. The .dfrk extension makes it easy to tell which files have been encrypted. For instance, when encrypted, text.txt would become text.txt.dkrf. Unless these files are decrypted with a special tool, you will not be able to open them. The _readme.txt ransom note (dropped in all folders that have encrypted files) explains how to obtain the decryptor. Unfortunately, you are asked to pay a $980 ransom. The email claims there is a 50% discount for users who contact the malware operators within the first 72 hours. We highly doubt whether this is actually true, however. Paying the ransom is not recommended, in general, as there are no guarantees that the cybercriminals would actually send you the decryptor. If you paid, you might not only not recover your files but also lose your money. Furthermore, if you paid, your money would be used for other illegal/malicious activities.

To completely remove Dkrf ransomware from your computer, we strongly recommend using anti-malware software. You shouldn’t attempt to manually remove it because it’s a very serious infection, and by attempting manual removal, you’re risking causing additional damage to your computer. As soon as you delete Dkrf ransomware, you can begin file recovery from your backup.

You might not be able to recover your encrypted files if you did not make a backup of them before your computer got infected. The only thing you can do is wait for a free Dkrf ransomware decryptor to be made available. Back up the encrypted files and store them safely if you choose to wait. This ransomware encrypts files using online keys, which makes it difficult for malware researchers to develop decryptors because the keys are unique to each user. Unless those keys are released by the cybercriminals (or by law enforcement if they are able to catch the malware operators), a decryptor is not likely. Nonetheless, it’s not impossible that a decryptor will be released eventually. Lastly, we should caution you that there are many fake decryptors promoted on questionable forums, so you need to choose legitimate sources like NoMoreRansom for decryptors.

How to avoid a ransomware infection

Email attachments are commonly used by malicious actors to spread malware. You will occasionally get malicious emails in your inbox if your email address has been leaked by some service. You can check on haveibeenpwned whether it’s been leaked. You should take extra precautions when opening unsolicited emails with attachments if your email address was exposed in some data breach. Do not open unsolicited email attachments without double-checking them first. Scan them with anti-virus software or VirusTotal before opening them. It’s also worth mentioning that you can spot malicious emails quite easily. Senders frequently pretend to be representatives of trustworthy companies and claim to be emailing with important documents attached. However, these emails have an extremely amateurish appearance, which immediately gives them away. The emails usually use words like “User,” “Member,” “Customer,” and other generic words to address users when legitimate emails would use names. Malicious emails are also usually full of grammar/spelling mistakes.

Due to the poor moderation, malicious actors can easily upload malicious torrents onto torrent websites. Malware is frequently found in torrents of entertainment-related content. Malware is particularly common in torrents for popular movies, TV shows, and video games. You run the danger of picking up malware that can do a lot of harm if you use torrents to get copyrighted content for free. And as you are already aware, torrenting paid content is essentially stealing.

How to delete Dkrf ransomware

Dkrf ransomware is detected as: 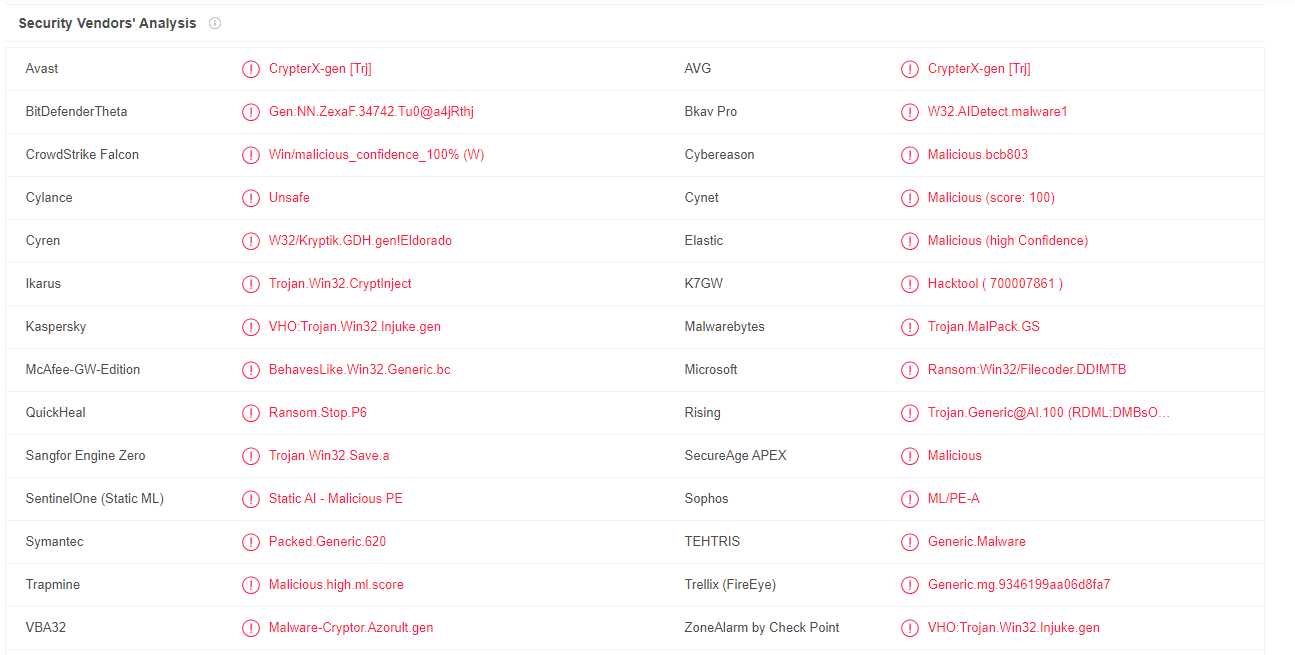