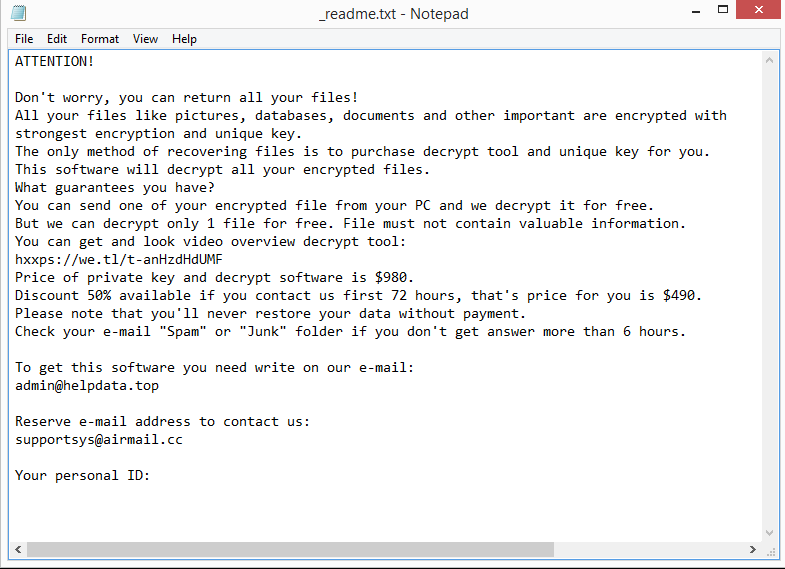 The ransomware will start encrypting all of your personal files as soon as it’s initiated on the computer. That includes images, documents, videos, and other files. You will be able to identify the impacted files right away because encrypted files will have .ewdf appended to them. An encrypted image.jpg file, for instance, would become image.jpg.ewdf. Without using a decryptor on them first, you won’t be able to open these files. The steps for getting the decryptor are explained in the _readme.txt ransom note that’s dropped in all folders that have encrypted files. According to the note, the decryptor costs $980, but victims who contact the virus operators within the first 72 hours will allegedly get a 50% discount. Whether the discount part is true or not is unknown but generally speaking, paying the ransom is not advised. Because there is nothing stopping the malicious actors from simply taking your money and ignoring you, keep in mind that you might not necessarily receive a decryptor.

To remove Ewdf ransomware, we strongly advise using anti-malware software. A professional tool is needed because ransomware is a very complex malware infection. As soon as the ransomware is gone, you can access your backup and begin restoring files.

File recovery will be significantly more challenging, if not impossible, for users who don’t have copies of files in a backup. The only option is to wait for the release of a free Ewdf ransomware decryptor, albeit it is debatable if it one will actually be released. This ransomware encrypts files using online keys, which makes it incredibly challenging for malware researchers to develop decryptors. However, waiting for a free Ewdf ransomware decryptor is the only alternative for people who have no other options.

Ads, torrents, email attachments, and other methods are used to spread infections like ransomware. You’re more likely to infect your computer with malware if you have poor online habits. This is primarily due to the fact that users who have bad habits are more prone to engaging in risky behavior. Preventing infection in the first place is one of the most effective ways to fight ransomware. Therefore, we urge you to make the effort to change your browsing habits. You also need to familiarize yourself with ransomware distribution methods.

One of the most important things you can do for your computer’s security is double-checking email attachments before opening them. Malware is frequently added to email attachments. As long as the attachment is not opened, the email is not harmful. The ransomware will initiate as soon as the malicious file is opened. Fortunately, if you’re careful, you should be able to identify malicious emails fairly easily. Grammar and spelling errors are the biggest giveaways. Malicious email senders frequently pose as representatives of reputable businesses whose services customers use. However, it is pretty clear that something is wrong when the email is full of grammar/spelling mistakes. The way an email addresses you is another thing to watch out for. You will always be addressed by name in an email with an attachment that you should open. Malicious actors frequently use generic User, Member, Customer, etc. words since they do not have personal information. It’s strongly recommended to scan all unsolicited email attachments with anti-virus software or VirusTotal before you open them because some emails may be more sophisticated.

If you use torrents to download copyrighted content for free, you’re risking infecting your computer with malware. Torrent sites are frequently poorly monitored, allowing malicious actors to post torrents containing malware. Malware is most likely to be present in torrents for well-known movies, TV shows, software, and video games. Pirating is essentially stealing content, which is another reason why you should avoid torrenting pirated content.

Ewdf ransomware is detected as: 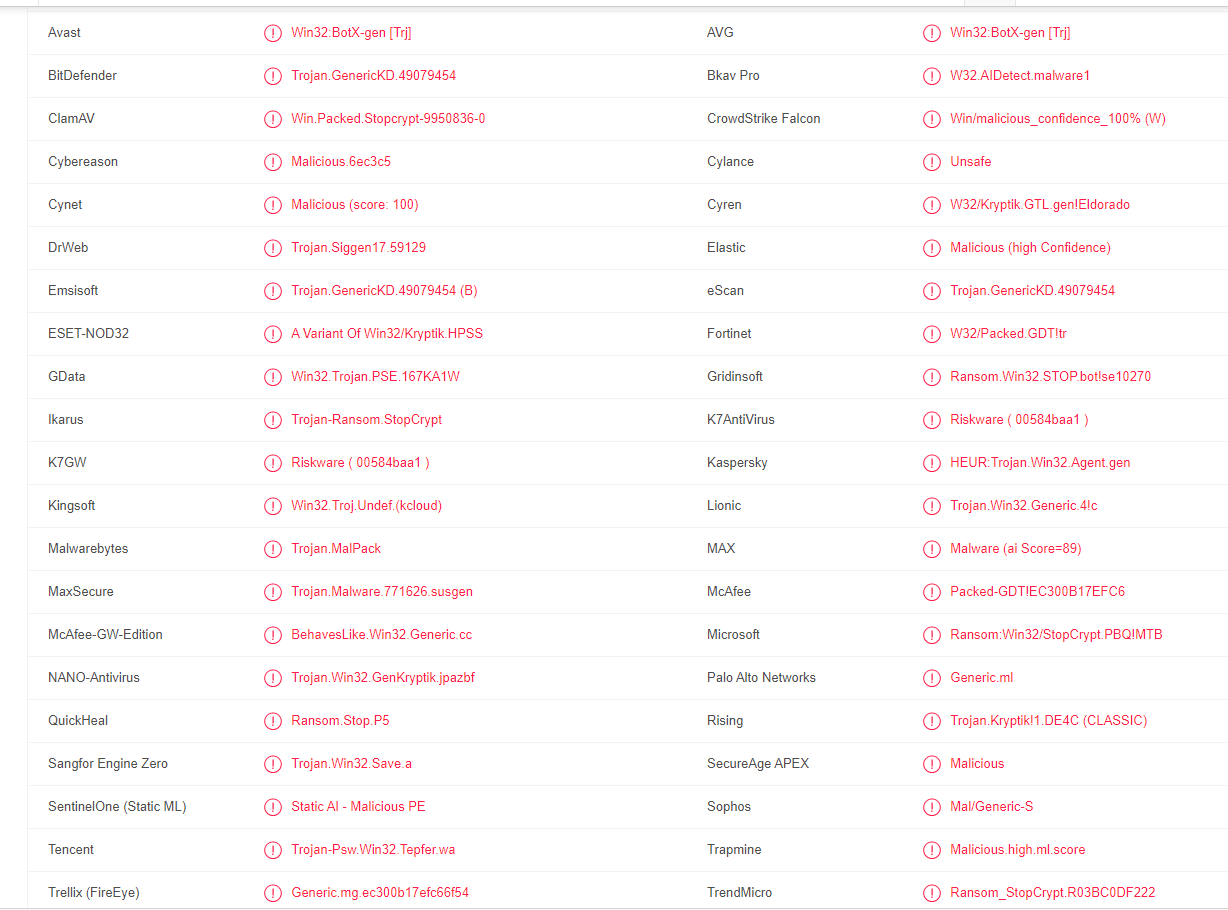