Jjww ransomware will encrypt your files and demand money for a decryptor because it’s a file-encrypting malicious program. It’s one of the more recent versions of the Djvu/STOP, a notorious ransomware family operated by cybercriminals who release new versions on a regular basis. The .jjww extension is added to encrypted files, allowing you to identify both encrypted files and the ransomware. A _readme.txt ransom note explains how victims can obtain the decryptor. A sum of $980 for a decryptor is demanded by the cybercriminals behind this ransomware. But a Jjww ransomware decryptor is not guaranteed, even if you pay, because you’re dealing with criminals who don’t always keep their word. 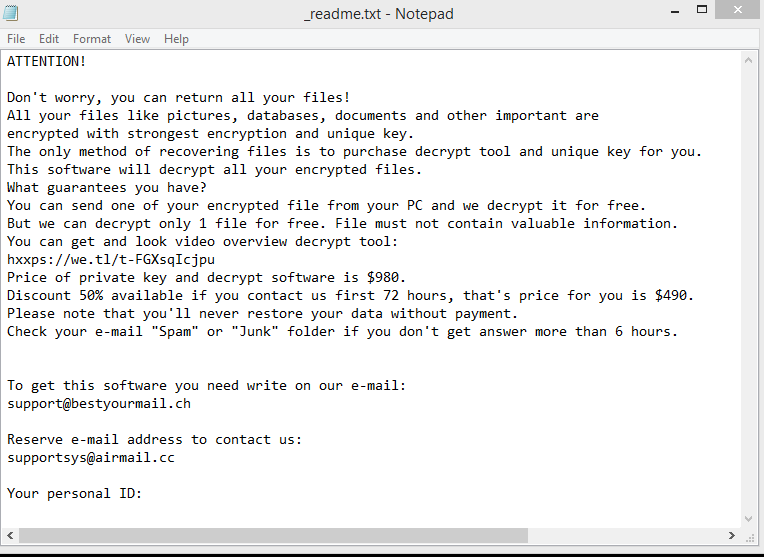 Like other ransomware, Jjww targets all personal files and quickly begins encrypting them after being initiated. Your photos, videos, images, documents, etc. will all be encrypted. You can recognize encrypted files right away since they all have the extension .jjww added to them. An image.jpg file, for instance, would become image.jpg.jjww. The encrypted files must first be decrypted in order for you to be able to open them. The _readme.txt file, which is dropped in all folders containing encrypted files, provides instructions on how to obtain the decryptor. Unfortunately, the criminals behind this ransomware want $980 in exchange for the decryptor. We’re not sure how credible these promises are, but the ransom note does suggest a 50% discount for victims who contact the cyber criminals within the first 72 hours. But you must not forget that you are dealing with cybercriminals who probably won’t feel obligated to send you the decryptor even if you pay.

Unfortunately, those without backup do not currently have the option of decrypting files for free. Malware researchers do develop free decryptors to help victims when they can, but it’s not always possible. A free decryptor is unlikely until the creators of the malware release the online keys used to encrypt files. Although it’s worth a shot, the free Djvu/STOP decryptor by Emsisoft is unlikely to decrypt files encrypted by Jjww ransomware.

It’s also worth noting that fake/malicious decryptors are very common, particularly for the Djvu/STOP ransomware family. Users should proceed with caution and only download decryptors from reliable websites, such as NoMoreRansom or Emsisoft. It’s more likely that a decryptor you find on a dubious forum would infect your computer with malware than it would decrypt your files.

How did Jjww ransomware infect your computer?

It is common knowledge that downloading copyrighted content using torrents can often result in a malware infection. Malicious actors can easily post torrents for movies, TV shows, video games, software, and other material with malware in them because torrent sites are frequently poorly monitored. Users unintentionally initiate the malware when they open a malicious torrent that they downloaded.

Email attachments are among the most popular ways for malicious actors to spread malware. Malicious actors send emails with malicious attachments using email addresses they buy from various hacker forums. Malicious emails should be quite obvious to anyone who’s aware that malware can be distributed via emails. However, less tech-savvy users might download/open those attachments because they don’t know what to look for. One of the biggest giveaways is when emails supposedly sent by well-known companies have grammar and spelling mistakes. Legitimate emails rarely contain mistakes since they appear unprofessional. Another red flag is when companies who ought to know your name address you with generic terms like “User,” “Member,” “Customer,” etc. Malicious actors are usually forced to use generic words because they do not have the personal information of potential victims. Finally, we strongly recommend scanning all unsolicited email attachments with anti-virus software or VirusTotal before opening them to make sure they are safe to open.

Jjww ransomware is detected as: 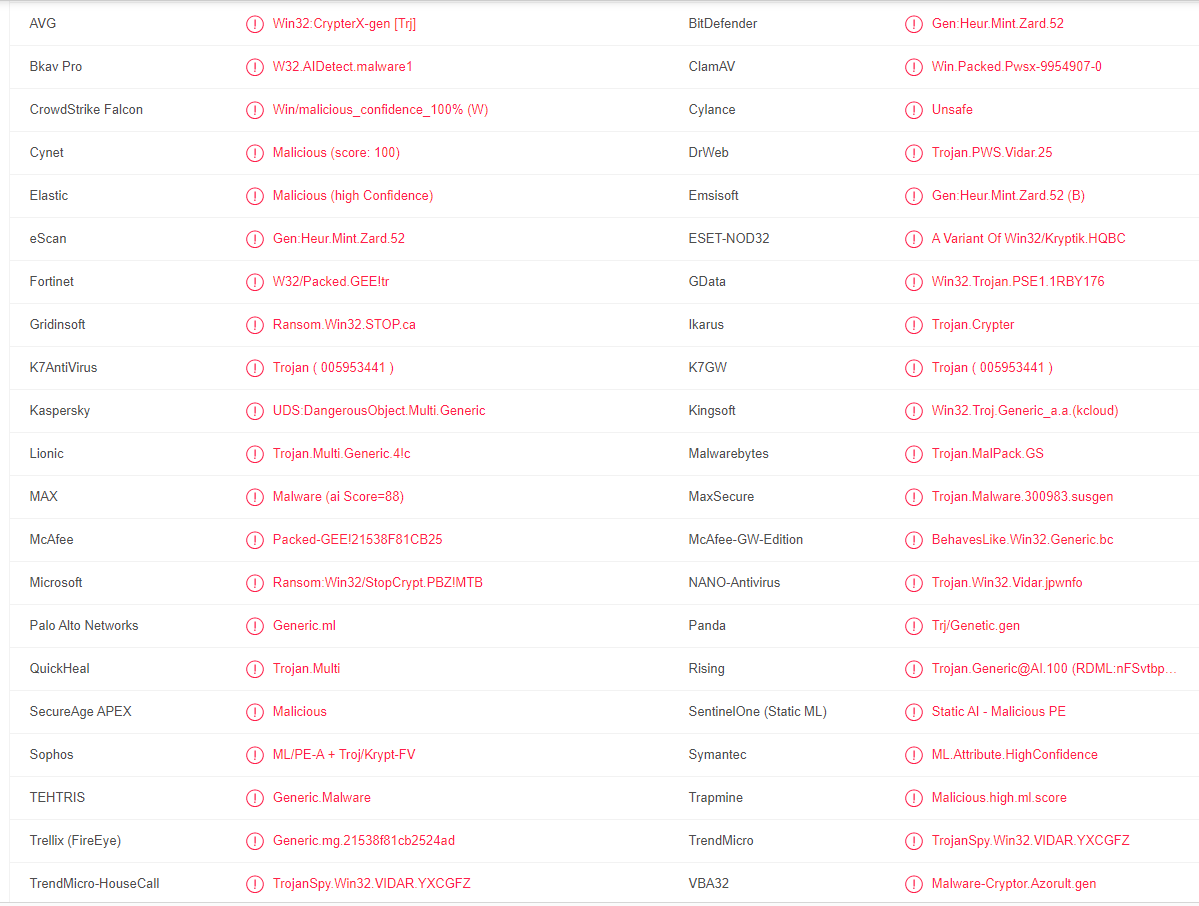