Stalkerware is becoming increasingly more common, and it’s a threat to our privacy. 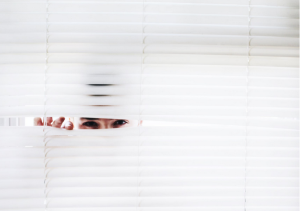 Privacy is something we all seek, not necessarily because we have something to hide, but simply because we do not want to share some parts of our lives with others. We all have a right to privacy but unfortunately, not everyone got the memo. There are people out there that believe they have a right to violate someones privacy and spy on family members, spouses, partners, friends, etc. And to do that, they use something called stalkerware.

Stalkerware is essentially monitoring software that is installed on devices in order to track their location and usage. In recent years, apps that allow secret spying, aka stalkerware, have become popular among regular people. And it’s becoming a bigger issue every year. Security company Kaspersky reported a huge increase in stalkerware usage, the number of detected apps going from 40,386 in 2018 to 67,500 in 2019. And this number will only increase in the future.

If you notice that someone close to you seems to always be aware of where you are without you telling them, has details from private conversations you had with others, or just generally knows more than they should, you may be a victim of stalkerware. This article will explain how you can detect and remove stalkerware from your Android smartphone. Other devices like your computer can also have stalkerware installed, but this report will focus specifically on the smartphone version.

Stalkerware, as the name suggests, is an app that allows someone to see what you do on your smartphone. Stalkerware apps offer different functions, some are mere trackers, while others allow almost complete access to the content stored on the phone. These apps are most commonly used by parents to monitor their children, and by people looking to spy on their partners. They’re usually advertised as apps for keeping children safe but many companies shamelessly advertise spying on partners with no regard to the privacy violation and abuse they are promoting.

Stalkerware apps have different functionality, some only offer location tracking, while others can grant almost complete access to the contents of the device. This means being able to read text messages, accessing the call log, checking files, tracking the location and much more. We should mention that in most cases, in order to install the stalkerware app, physical access to the phone is needed. While they can no longer be installed from the Google Play Store, stalkerware apps are easy to download from third-party stores and official websites. Once installed, they are hidden so that the victim does not notice anything suspicious. They can go undetected for months, until the victim starts noticing that their parent, partner, friend, etc., knows more than they should.

Digital media company Vice has a series of articles about surveillance software used to spy on loved ones if you are interested in learning more about this.

How to find a stalkerware app on your smartphone

While these apps are purposely made difficult to detect, it’s not impossible to check if your smartphone if infected with stalkerware. If you suspect someone has installed stalkerware on your smartphone, here’s what you should do.

Since stalkerware is becoming an increasingly bigger problem, security vendors have started detecting them. Many mobile security apps, such as Kaspersky, will include stalkerware when scanning for potential threats in the device, and if such a threat is detected, you will be notified appropriately. Using an anti-virus tool, specifically one that detects stalkerware, is the easiest way to tell if a phone is infected. It’s also the easiest way to remove stalkerware from your phone.

If, for whatever reason, you are certain that someone is spying on your phone but you cannot find proof, restoring the phone to factory setting would remove the stalkerware. However, using factory restore also deletes everything from the phone.

You may be able to find stalkerware in your Apps section. Go to Settings -> Apps, and check for any unusual apps. Do not disregard ones with legitimate sounding names either. For example, a stalkerware app KidsGuard was disguised as a System Update Service app, giving the impression that it’s a legitimate Android app. Our advice would be to research every app you do not recognize, even if it looks like a system app.

How to remove stalkerware from your Android smartphone

Like we said above, using anti-virus software to remove stalkerware from your Android would be easiest. However, when choosing which app to use, take into consideration whether it detects stalkerware.

If you do not want to or cannot use anti-virus software, you can try to manually uninstall the stalkerware. However, you will need to identify which app it is exactly. Once you know what it’s disguising as, you will need to do a couple of things before you can delete it.

You should now be able to uninstall the app without issue. Go to Settings -> Apps, find the stalkerware among the apps, press Force Stop and then Uninstall.