Popular apps TikTok and WeChat are among the 59 Chinese apps India is banning over national security concerns. 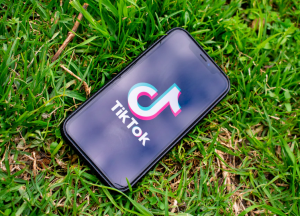 On Monday, the Indian government announced its intention to ban 59 Chinese apps over fears they may be a threat to the national security and defence of India. In a statement released by the Press Information Bureau, the government of India said the apps’ data collection practices, mining and profiling threatens “nation security and defence of India, which ultimately impinges upon the sovereignty and integrity of India”. The announcement comes amid rise of tension between China and India over a deadly clash at the border of the two countries.

According to the statement, India’s Ministry of Information Technology has received a significant number of complaints from different sources about apps on both Android and iOS platforms stealing and surreptitiously transmitting user data to servers located outside of India without authorization.

“On the basis of these and upon receiving of recent credible inputs that such Apps pose threat to sovereignty and integrity of India, the Government of India has decided to disallow the usage of certain Apps, used in both mobile and non-mobile Internet enabled devices,” the statement reads. 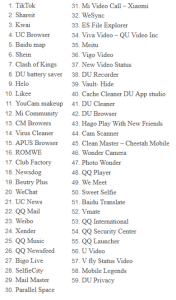 Unsurprisingly, among the 59 banned apps is TikTok, a video-sharing social media app developed by Chinese company ByteDance. With about 2 billion downloads, TikTok is one of the most popular apps in the world. But it has also received a lot of criticism over how the app handles user data, and sparked fear it may be a threat to national security. Just recently, the app was criticized for grabbing users’ clipboard data after iOS 14 testers started getting notifications from Apple about TikTok accessing the clipboard.

Developed by Chinese company Tencent, WeChat is also included in the list of banned apps. The popular messaging app has over a billion users and has also been the subject of many controversies over its privacy practices. India considered banning WeChat back in 2013 as the amount of data it collected about its own users was unacceptable, thus it is not surprising that it was included among the banned apps.

For ByteDance, TikTok’s ban in India could mean substantial financial losses as the app has more than 200 million users in the country. Last year, India banned TikTok for a week, during which ByteDance claims to have lost more then $500,000 a day. The company also planned to invest $1 billion into TikTok’s expansion in India, a plan that has since been derailed. And for many Indian creators who have made TikTok their full-time job, the ban brings uncertainty. Many of them depend on TikTok as their primary source of income.

As of Tuesday, a day after the ban was announced, TikTok is no longer accessible to users in India. Users who open the app are now greeted with an error message that says TikTok is “in the process of complying with the Government of India’s directive to block 59 apps”. It appears that the developer itself shut down access in India, instead of internet service providers blocking access. ByteDance seems to have also pulled TikTok from both Apple’s App Store and Google’s Play Store in India. Other banned apps are still available on both stores, meaning neither Apple nor Google have complied with ban at this time.