According to a not yet released UN document, North Korean hackers have illegally raised money to support the country’s weapons programs. The amount raised is estimated at up to $2 billion. 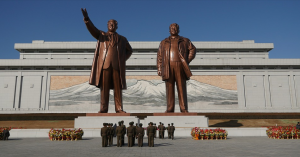 According to Reuters, who have seen the UN Security Council report, investigators in the UN have uncovered that North Korean hackers have been performing cyberattacks on banks and cryptocurrency exchanges in order to steal money for North Korea’s weapon program funding. Furthermore, it is also suspected that the hackers used cyberspace to launder the stolen money. The cyberattacks are also becoming increasingly more sophisticated, according to the report.

Many of the hackers are believed to be operating under the direction of the Reconnaissance General Bureau, a top North Korean military intelligence agency. Reuters report that the UN Security Council are investigating at least 35 instances of North Korean actors attacking financial institutions, cryptocurrency exchanges and mining activity in 17 countries. Generating income via cryptocurrency exchanges makes it that much more difficult to trace it, and this way it’s subject to less goverment oversight and regulation.

Since 2015, the groups is believed to have generated up to $2 billion. The money will go towards financing weapons of mass destruction. North Korean mission to the United Nations is yet to respond to the report.