Ooxa ransomware is a type of malware that encrypts files. The ransomware can be identified by the .ooxa extension added to encrypted files. The ransomware belongs to the Djvu/STOP ransomware family and is essentially a more recent version of it. Though the versions are very similar to one another, the cybercriminals operating Djvu release new versions on a regular basis. Once files have been encrypted, they can only be opened after using a certain decryptor. But acquiring that decryptor won’t be easy given that only the malicious actors operating this ransomware have it. And they won’t just give you the decryptor for free. Instead, they will demand that you pay $980 for it. 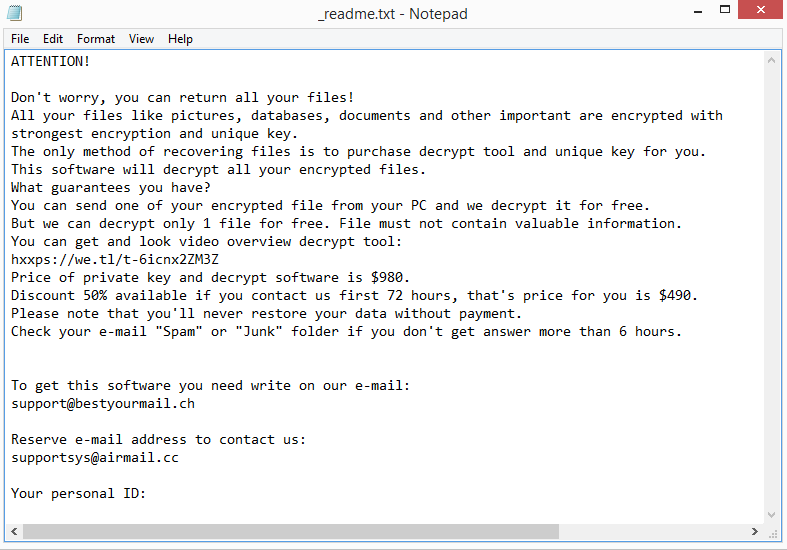 You suddenly being unable to open your personal files is a very clear sign that your computer is infected with ransomware. The files will also have an extension added to them. The Ooxa ransomware adds .ooxa. All personal files, including photos, videos, documents, images, etc., will be targeted. As an example, an encrypted text.txt file would become text.txt.ooxa. Once it has finished encrypting data, the ransomware will also drop a _readme.txt ransom note. The note explains how to get a decryptor. Unfortunately, the malicious actors running this ransomware are the only ones who have the decryptor. According to the note, the decryptor costs $980 but victims who contact the cyber criminals within the first 72 hours would receive a 50% discount. Even though that decryptor might be the only way to decrypt files at the moment, relying on cyber criminals to send it to you is not a good idea. Remember that you are dealing with cybercriminals, so them helping you is not a given even if you pay. In fact, despite paying, many victims in the past did not get their decryptors. Although the choice to pay is yours, you should be aware of the risks that come with engaging with cybercriminals.

It’s important to note that a free Ooxa ransomware decryptor may eventually be released. So file recovery may eventually be possible even if you do not have a backup. Because this ransomware encrypts files using online keys that are unique to each victim, it is challenging to create a free decryptor for malware researchers. However, it’s not impossible that the keys may eventually be released, either by law enforcement or by the cybercriminals themselves. So, if you do not have any other option, make a backup of your encrypted files and wait for the release of a free Ooxa ransomware decryptor.

How to avoid infecting your computer with malware

It is well known that downloading pirated content via torrents frequently results in malware infections. Torrents with malware in them can remain on torrent sites for a while because they aren’t really properly moderated a lot of the time. Malware is frequently found in torrents for well-known movies, TV shows, software, video games, etc. Using torrents to pirate content is risky for your computer and your data in addition to essentially being content theft. We highly recommend both not pirating copyrighted content in general and using torrents to do it.

But perhaps opening unsolicited email attachments is the most typical way that average users infect their computers with malware. As long as users don’t open the attachments, the emails are not dangerous. But the malware will initiate as soon as a malicious file is opened. Fortunately, users shouldn’t have any trouble recognizing malicious emails as long as they know what to look for. Grammar and spelling errors in what is supposed to be a professionally written email are the most obvious indication. Malicious senders frequently pose as representatives of legitimate companies and persuade users to open the attachments by implying that they’re important documents. However, it is quite easy to tell if an email is malicious when it contains several grammar and spelling errors. Another thing to take note of is how a sender addresses you. Unless malicious actors have access to your personal information, malware emails will almost always address you with “User”, “Customer”, “Member”, etc., instead of using your name. Legitimate emails whose attachments you should open will always address you by name.

It’s worth mentioning that some emails may be more sophisticated, which is why using VirusTotal or anti-virus software to scan email attachments before opening them is always a good idea.

How to remove Ooxa ransomware

Ooxa ransomware is detected as: 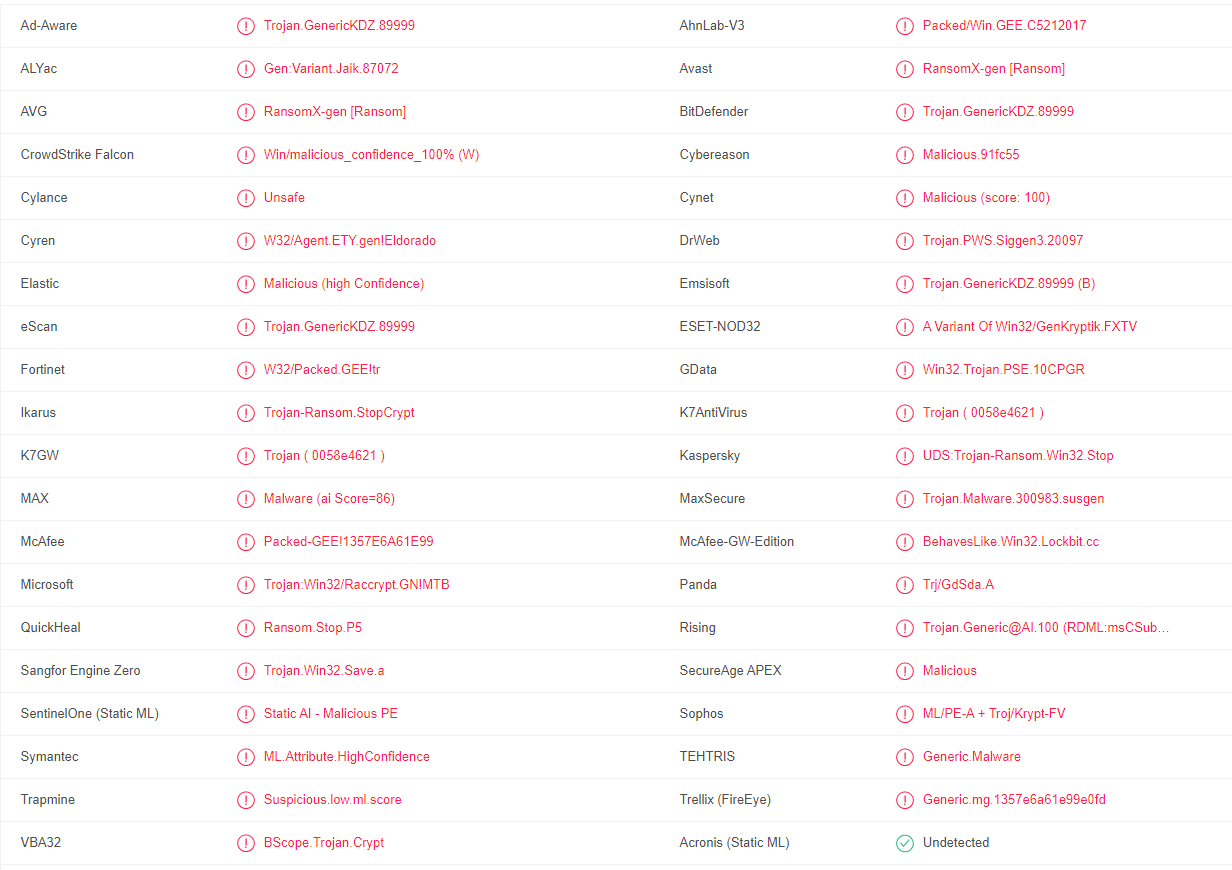