BlackKnight2020 ransomware is a screenlocker malware that locks the screen, preventing users from using the computer. However, it is easily unlockable by typing in the code BlackKnight2020. 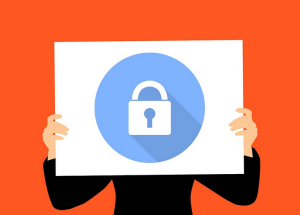 When users infect their computers with BlackKnight2020 ransomware, their screens become locked, preventing them from doing anything. Fortunately, this is not file-encrypting malware, merely a screenlocker. When users initiate the malware, a screen will appear saying “Your computer has been locked!”. According to the message, the screen was locked because a “bad file” was opened, or a “bad link” was pressed. Victims are asked to pay $100 to unlock the screen, otherwise the malware will supposedly wipe the drive in 2 hours.

When it comes to ransomware, paying is not recommended, whether a free file recovery or screen unlock method is available or not. Users should keep in mind that they are dealing with cyber criminals, and it’s doubtful they will keep their end of the deal. Users dealing with file-encrypting malware may get broken decryptors or not get one at all. And those dealing with screen lockers may not get the code that would unlock the screen. Furthermore, paying cyber criminals only encourages them to continue their criminal activity.

The malware uses the usual methods of distribution, such as spam emails, torrents, etc. This will be explained below.

How does malware infect a computer?

It’s not uncommon for malware to infect computers of users who have bad browsing habits. If users carelessly use torrents to pirate content, open email attachments without double-checking, click on ads when on high-risk websites, etc., they have a high chance of picking up some kind of malware.

Spam emails are often used to spread all kinds of malware, including ransomware. Cyber criminals purchase leaked email addresses from hacking forums and launch email spam campaigns using them. Those emails attempt to convince users to open email attachments, which would trigger malware. In many cases, the emails are quite obviously malicious. For example, while the senders pretend to be from legitimate/official companies, their email addresses are unprofessional or completely random. They’re also usually full of grammar and spelling mistakes. Overall, when dealing with unsolicited emails with attached files, users should be very careful. It’s suggested to scan the attachments with anti-malware software or VirusTotal.

Finally, we advise users to enable automatic updates whenever possible, and install updates manually when necessary. Updates patch known vulnerabilities, which can be used by malware to get in.

What does BlackKnight2020 ransomware do?

BlackKinght2020 screenlocker is a very noticeable infection because it literally locks the screen, preventing users from doing anything. In a dark background with red skulls, a message will appear saying that the computer has been locked. If users press “Get me Outta Here”, instructions will appear on the screen. Victims are asked to pay $100 in Perfect Money or Bitcoins. Once the payment is made, supposedly the code to unlock the computer will be sent to victims. According to the note, the malware will wipe the hard drive if the payment is not made within 2 hours.

Here is the note that appears on the lock screen:

Your Computer has been locked !

Your Computer has been locked and functions disabled, this is because you accessed
a bad file or you accessed a bad link. Which ever be the case click
the button “Get me Outta Here”

[Get me Outta Here]

Getting Out is Pretty Easy….

— After confirmation the unlock code will be sent to you

DONT BE A SMART A**. The lockscreen has a timer and this is set to drive wipe after 2 hours.
As it stands your drive is currently unaccessible.

Enter the code you received from us

Paying is not necessary, as the BlackKinght2020 unlock code is BlackKinght2020. Even if the code was not known, paying the ransom would not be recommended, as it would not necessarily lead to the desired outcome. Users are dealing with cyber criminals, and they should keep that in mind before agreeing to pay.