If your files suddenly have .ggwq added to them, your computer is infected with Ggwq ransomware. Ransomware is a type of malware that encrypts files and then demands money in exchange for a decryptor. Ggwq ransomware belongs to the Djvu/STOP ransomware family and is operated by cybercriminals who release new versions on a regular basis. The versions can be differentiated by the extensions added to encrypted files. The malware operator will demand that you pay $980 for a decryptor. However, paying is risky since, given how unreliable hackers are, it does not guarantee that a decryptor will actually be sent to you. 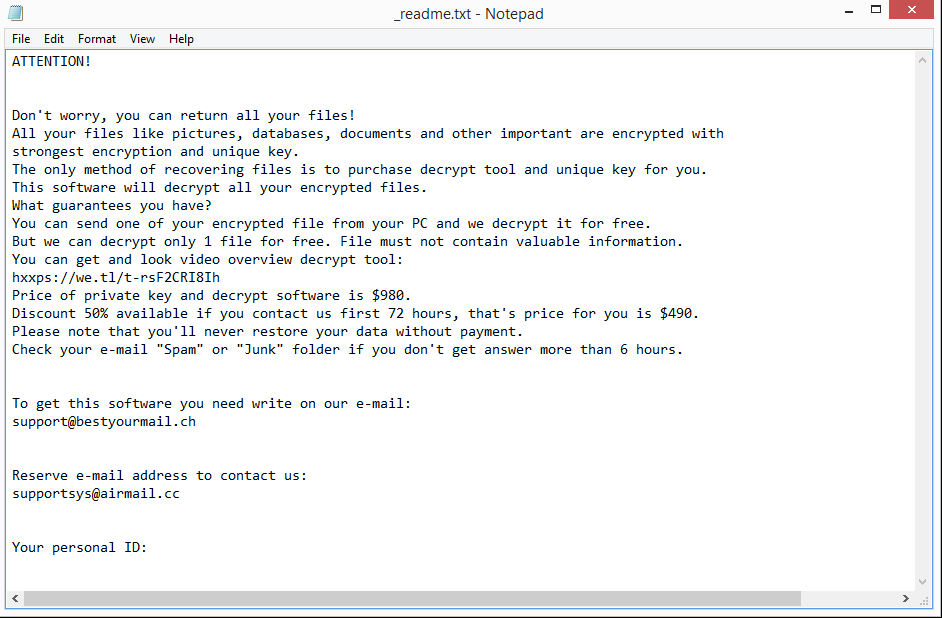 Your personal files will be immediately encrypted as you open the infected file and start the ransomware. The majority of your personal files, including photos, videos, images, and documents, will be encrypted. The .ggwq extension added to encrypted files makes it simple to identify files that have been affected. For example, once encrypted, image.jpg would become image.jpg.ggwq. These files would have to be decrypted using a specific decryptor before you can open them again. The _readme.txt ransom note, which is dropped in every folder containing encrypted files, explains how to obtain the decryptor. Unfortunately, you are asked to pay a $980 ransom. The ransom note claims that victims who contact the malicious actors behind this infection within the first 72 hours will get a 50% discount. It’s not certain, however, that these claims are true. Paying the ransom is generally not recommended because there are no guarantees that the cybercriminals would actually send you the decryption tool. There is a possibility that if you pay, your files would not be recovered and you might also lose your money. It has happened in the past to many ransomware victims.

You might not be able to recover your files if you weren’t backing them up before this ransomware infected your computer. If you don’t have a backup, the only thing you can do is wait for a free Ggwq ransomware decryptor to be released. Make a backup of the encrypted files and keep them safe until a decryptor is released. This ransomware encrypts files using online keys that are unique to each user, making it difficult for malware researchers to develop free decryptors. It is doubtful that a decryptor will be released until the cybercriminals operating this ransomware release the keys. However, it’s not impossible for this to happen.

How does ransomware infect computers?

Email attachments are commonly used by malicious actors to distribute malware. If you get a malicious email in your inbox, your email address has likely been leaked. And if you’ve received one, you’ll likely receive more in the future. You can check whether your email address has been leaked using haveibeenpwned. When opening unsolicited emails with attachments, you should take extra care if your email address was exposed as a result of a data breach. Never open an attachment from an unsolicited email without double-checking it twice first. Use VirusTotal or other anti-virus software to scan all attachments before opening them. However, it’s generally pretty easy to spot malicious emails. Malicious senders frequently assume the identities of employees of well-known companies and claim to be sending important files that need to be reviewed urgently. However, these emails are full of spelling and grammar mistakes. The mistakes are very clearly out of place in what is meant to be a professional email from a reputable company. You being addressed using generic terms like “User”, “Member”, and “Customer” when your name ought to be used is another sign of a possibly malicious email. Typically, malicious actors do not have access to personal information like a full name, so they are forced to use generic words.

Torrents are a common way to spread malware. Because torrent websites are often poorly monitored, malicious actors can upload malware-filled torrents relatively easily. Malware is especially common in torrents for entertainment-related content. Malware is more likely to be found in torrents for popular movies, TV shows, and video games. Using torrents to obtain free copyrighted content puts you in danger of infecting your computer with malware. Additionally, downloading pirated copies of copyrighted content is essentially stealing, as you are likely fully aware.

How to delete Ggwq ransomware

Ggwq ransomware is detected as: 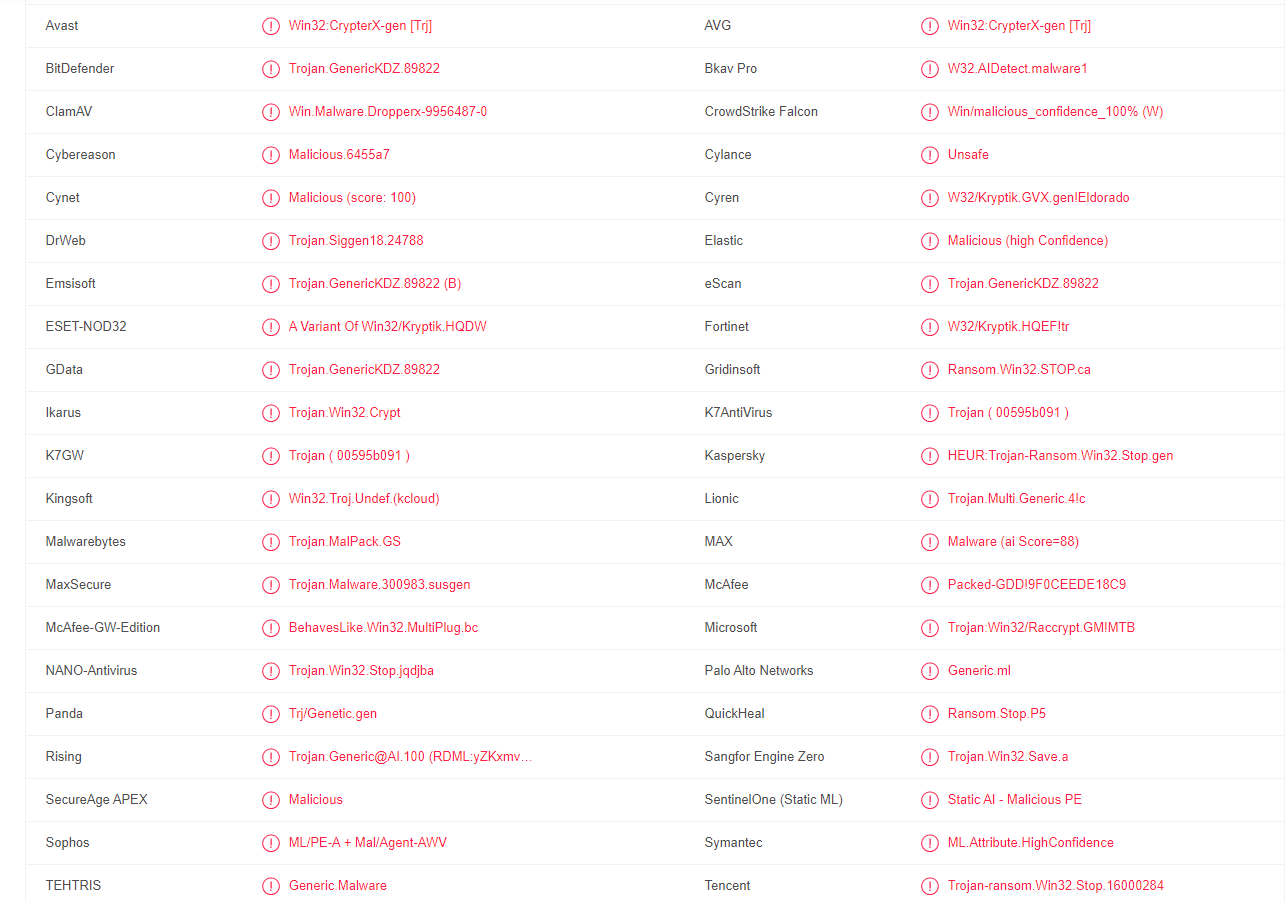