The US is cracking down on Chinese apps, but TikTok is fighting back and is preparing to sue the US goverment over executive order that bans TikTok in the US. 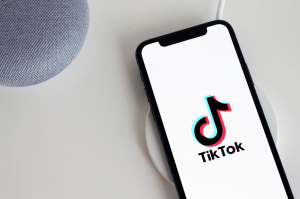 Chinese-owned video sharing app TikTok is preparing to launch court action against the Trump administration and the crackdown on Chinese-owned services/apps. An executive order was signed by US President Donald Trump on 6 August, setting a 45-day deadline for Americans to stop all business with TikTok’s parent company ByteDance. The way things stand now, unless an American company purchases TikTok’s operations in the US, TikTok is facing a ban that would mean losing tens if not hundreds of millions users. This would be a huge blow to a company that has already lost tens of millions of subscribers after India banned the video sharing app.

However, TikTok is fighting the ban. The company claims to have tried to engage with the US administration in order to come up with a solution for the past year but was met with lack of due process. According to the social media giant, the US administration was not receptive of facts and “tried to insert itself into negotiations between private businesses”. TikTok is now planning on formally challenging the executive order through the judicial system. The company is planning on filing the lawsuit today, 24 August.

“To ensure that the rule of law is not discarded and that our company and users are treated fairly, we have no choice but to challenge the executive order through the judicial system,” TikTok said in a statement sent to media outlets.

TikTok’s data collection practices have attracted a lot of criticism over the years, and the app is thought to be particularly intrusive when it comes to the amount of data it collects. The fact that a Chinese-owned company is collecting large amounts of user data is alarming not just the US.

India has already banned the Chinese apps over concerns about citizen data being shared with the Chinese government. Japan is looking to do the same. But banning an app like TikTok is tricky, as the ban relies on companies like Google, Apple and Microsoft to enforce it. If they don’t actively comply with the ban and delete the app from their app stores, it would be impossible to force users to do it themselves. In the case of India’s ban, TikTok’s parent company itself deleted the app from app stores accessible in India. It is unlikely that the company would do the same in the US.

TikTok has said numerous times in the past that they have not shared data with the Chinese goverment or even received a request to do so. If such a request did come, the social media giant said it would not comply. Many cybersecurity experts have said that while there is a theoretical risk that data could be shared with China, there is no evidence to suggest it has happened in the past. However, this has done little to reassure the US government that its citizen data is not being transferred to China.

Microsoft and Oracle in talks to purchase TikTok’s US operations

Tech giant Microsoft has said earlier this month that it was interested in purchasing TikTok’s US operations. According to a statement, Microsoft CEO Satya Nadella and President Donald Trump had a conversation earlier this month, which prompted Microsoft to continue discussions on the purchase. Microsoft claims it would keep the features TikTok users love while also adding “world-class security, privacy, and digital safety protections”. Most importantly, the company stressed that private data of America users would remain the US, and US citizen data currently stored outside of the US would be deleted.