US Court has ruled that warrantless search of phones, laptops and other other devices is no longer permitted as it is a violation of the Fourth Amendment. 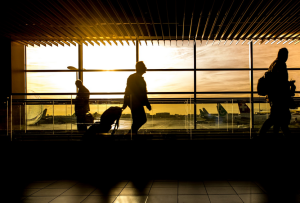 A federal court in Boston has ruled that arbitrary searchers of travelers’ devices violate the Fourth Amendment. The ruling comes in a lawsuit filed by the American Civil Liberties Union (ACLU) and the Electronic Frontier Foundation (EFF) on behalf of 11 travelers who had their phones and laptops searched without reasonable suspicion at the US ports of entry.

Prior to the ruling, Customs and Border Protection (CBP) had the authority to search travelers’ phones, laptops, tablets, etc., without requiring a warrant, something many consider to be a breach of privacy. There have been numerous reports about border officers conducting abusive searches. The 11 plaintiffs (10 of whom are US citizens) on whose behalf ACLU and EFF have filed the lawsuit have been subject to searches without reasonable suspicion. Nursing student Nadia Alasaad, who wears headscarf for religious reasons, was asked to provide the passcode to her phone, which contains photos of her without a headscarf. When asked to have a female officer check the phone, she was told it would take hours for one to arrive, thus forcing her to leave her phone in the custody of border officers. Harvard freshman Ismail B. Ajjawi had his phone and laptop searched, and when border officers found social media posts made by Ajjawi’s friends criticizing the US goverment, he was denied entry into the country.

While many find such searchers a breach of privacy, the US goverment has described warrantless device searches at border points as critical to protecting America, and believe travelers crossing in and out of the US have no Fourth Amendment rights defending them against unwarranted searches. The CBP has reportedly conducted more than 33,000 searchers in 2018, almost four times the number from three years prior. CBP has said that these searches have provided evidence to help combat terrorist activity, child pornography, violations of export controls and visa fraud.

The EFF has called the ruling a major victory for privacy rights at the border, and border officers will now have to demonstrate individual suspicion of illegal contraband before they can access travelers’ devices.

“Agents and officials must have reasonable suspicion to conduct any search of entrants’ electronic devices under the “basic” searches and “advanced” searches as now defined by the CBP and ICE policies. This requirement reflects both the important privacy interests involved in searching electronic devices and the Defendant’s governmental interests at the border,” District Court Judge Denise J. Casper wrote in the ruling.

“This ruling significantly advances Fourth Amendment protections for millions of international travelers who enter the United States every year,” Esha Bhandari, a state attorney with the ACLU’s Speech, Privacy and Technology Project said. “By putting an end to the government’s ability to conduct suspicionless fishing expeditions, the court reaffirms that the border is not a lawless place and that we don’t lose our privacy rights when we travel.”